Baldi’s Classic Remastered – creating a work of art is an incredibly laborious and time-consuming process. Even after the piece is complete, the artist never stops analyzing and reevaluating it. Sometimes, the greatest ideas come too little too late. But video games are a lot more forgiving in this regard. These days, developers can modify the existing code and update the build relatively easily. Admittedly, their fans are not always fond of such changes.

However, some studios navigate these murky waters with grace. Baldi’s Basics in Education and Learning is a great example. It started out as a humble entry into itch.io’s Game Jam. When mystman12 submitted it, he hardly anticipated how successful the project would become. But the strange survival horror about a mad educator and his subjects became ridiculously popular.

It was only logical for the creator to polish his vision and make it shine. Upon completing the first official installment, he continued to refine the concept. But instead of heavily modifying the formula, he decided to make multiple separate versions.

That way, everyone would be able to enjoy the odd universe however they like. The only downside is the somewhat confusing timeline and naming convention of numerous titles. Let’s take a closer look at the latest rendition and compare it to its predecessors. 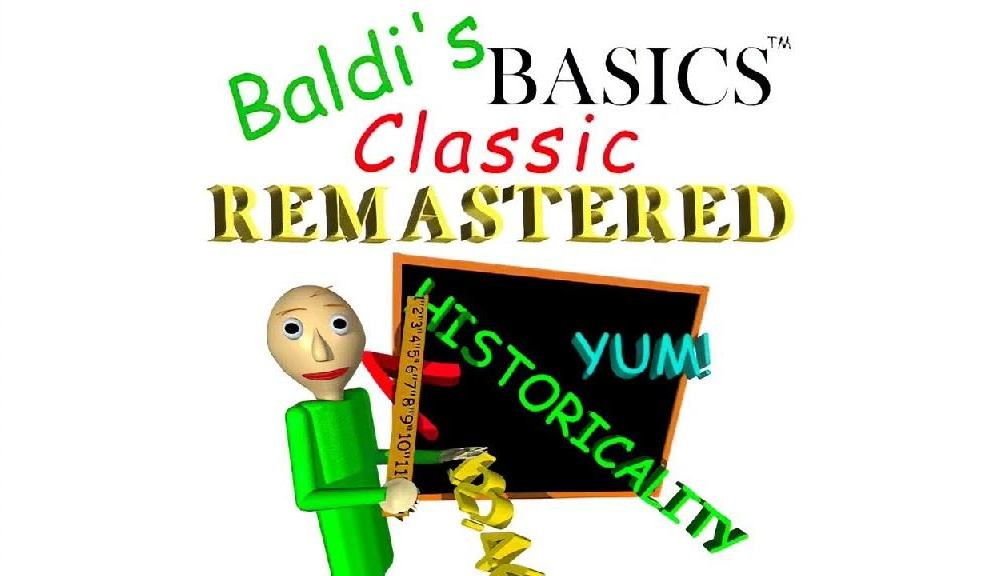 Those unfamiliar with the series would benefit from a brief retrospect. On YouTube, Baldis Basics looks pretty much the same, regardless of the edition. However, despite the visual likeness, there are major differences between them. To keep things simple, beginners are better off ignoring the Kickstarter demos altogether. The original version was published on March 31, 2018. It satirized common survival horror tropes and terrible 90s era edutainment products.

Audiences grew to appreciate it for the following qualities:

It’s hard to understand the appeal without personally playing this extravaganza of madness and chaos. But for all the advantages, it didn’t fully realize the premise’s true potential. Soon after delivering what was promised, Basically, Games! started implementing various improvements.

Eventually, they snowballed into a larger extension, appropriately called Baldi’s Basics Plus. It introduces numerous adjustments to both the interface and the mechanics. The list includes extra inventory slots and unprecedented replayability achieved through randomized level generation.

What is Classic Remastered, and Who is It For? To avoid any further confusion, Micah James McGonigal decided to make a convenient, all-encompassing package. It incorporates the traditional adventure, the enhanced plus variation, and the party mode.

The latter is a festive twist on the campaign in celebration of its 1-year anniversary. It’s primarily intended for experienced players who are well-familiar with the saga. By contrast, the centerpiece of the anthology, may be the definitive experience for everyone. It’s a recreation of the core game with all sorts of minor tweaks and improvements.

Here are a few reasons to check it out:

Overall, this is probably the most accessible and user-friendly option for anyone interested. It set a new standard for a Baldi Basics game and for the entire industry.

The school’s personnel consists of the same old members:

Take some time getting to know these quirky individuals. Find out their roles in the story, master the interactions and avoiding strategies.

The Shoolhouse is the same as it always was, down to the legendary Baldi music. Navigating it is a skill that requires some effort to hone. Nevertheless, the layout is fairly straightforward.

It consists of 3 types of interior and exterior areas:

Achieving the objectives involves a lot of moving around and backtracking. Those who enter the accursed place have to be able to orient themselves. Otherwise, their chances of escaping are close to zero.

Every professional knows that having the right tools for the job is crucial. Even in a madhouse such as this, the principle still applies. Facing formidable adversaries and overcoming challenging obstacles is pointless without proper equipment.

Strive to assemble a reasonable selection in order to be prepared for any scenario:

Having a specific gadget or instrument handy makes a huge difference. Be sure to put them all to good use as much as possible.

This revision contains the largest number of final sequences by far.

They depend on the mode as well as on the player’s choices throughout the journey:

It’s worth noting that fan-made spinoffs and mods have their own storylines. Baldis Basic Roblox interpretations are particularly impressive in terms of content. FNF and Minecraft reimaginings are also brilliant in their own right. Although they cannot be considered cannon, beating them is rewarding nonetheless.

How to Download or Play the Remaster Online Free of Charge

Choosing one of the many implementations for various platforms can be confusing. Newbies have even mistaken the user-made Roblox Baldi for the actual one. Not to mention the possibility of installing malicious software by accident.

The safest approach is visiting the basicallygames.com website. It links to the official Apple and Android store pages for smartphone owners. PC users can get a simple executable from itch.io or GameJolt. Steam offers the additional convenience of automatic updates and cloud storage.

On public computers, running a web-friendly alternative directly in the browser is more sensible. Search for them on popular content aggregation sites. They often carry other recent entertainment apps and retro remastered classics as well.

In conclusion, every Baldi’s Basics game is enjoyable and worth checking out. But baving them all at once in the same launcher is super beneficial. Enthusiasts and critics were almost unanimous in their reception and verdicts. The changes are minimal, and the signature charm remains intact.

Given the fact that the fully functional installer costs absolutely nothing, it’s a no-brainer. This is a perfect opportunity for the uninitiated to jump on the bandwagon. Step into the otherworldly academic establishment, embrace the insanity, and walk away unscathed. Come back for a quick Baldi game regularly and discover something new every time.

Is Baldis Basics Classic Remastered out yet?

Yes, the official anthology is now available on multiple platforms, including Steam and Itch.io. It includes demos, Birthday Bash, the Plus edition, and a reworked version of the original. Released on October 21, 2022, this is the ultimate Baldies Basics experience.

What is the oldest version of Baldi's Basics?

The 2018 release, subtitled Education and Learning, is the earliest official version. Recently, it has been reintroduced as the Classic edition, alongside other remastered games. This 2022 collection is the complete anthology, featuring multiple improvements and several fun modes.

When was Baldi Basics made?

The first official entry dates back to March 31, 2018. It was later re-released as the Classic edition as part of the recent remaster. The Plus project is already available, but still in early access. According to mystman12, the development should take at least another year or two.

Will Baldi's Basics be on console?

In a Twitter thread, the creator stated that porting every Baldi Basic game isn’t viable. However, mystman12 did confirm the plans to release the Plus edition on popular consoles. They still haven’t shared any information as to when it’s supposed to be out.

What grade is Baldi's Basics?

It’s difficult to pinpoint which grade the mad educator is supposed to be teaching. The narrative is meant to represent the absurdity of school life in general. However, the math assignments seemingly come from entry level elementary programs.

What is the last question to Baldi's Basics?

At the start of the playthrough, the head teacher gives the player math assignments. The first two are super simple. Typing in the correct answers should keep Baldi plush and happy. The third task, on the other hand, appears to be unsolvable. It’s designed to make the antagonist reveal his true wrathful demeanor. 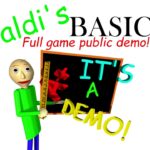