The gaming industry has changed significantly over the years. These days, top-tier productions by major companies cost millions of dollars to make. Although the indie segment is flourishing, its offerings are generally less ambitious. And yet, some manage to surpass conventional releases in terms of popularity.

Who could have predicted how successful Baldis Basics Plus was going to become? 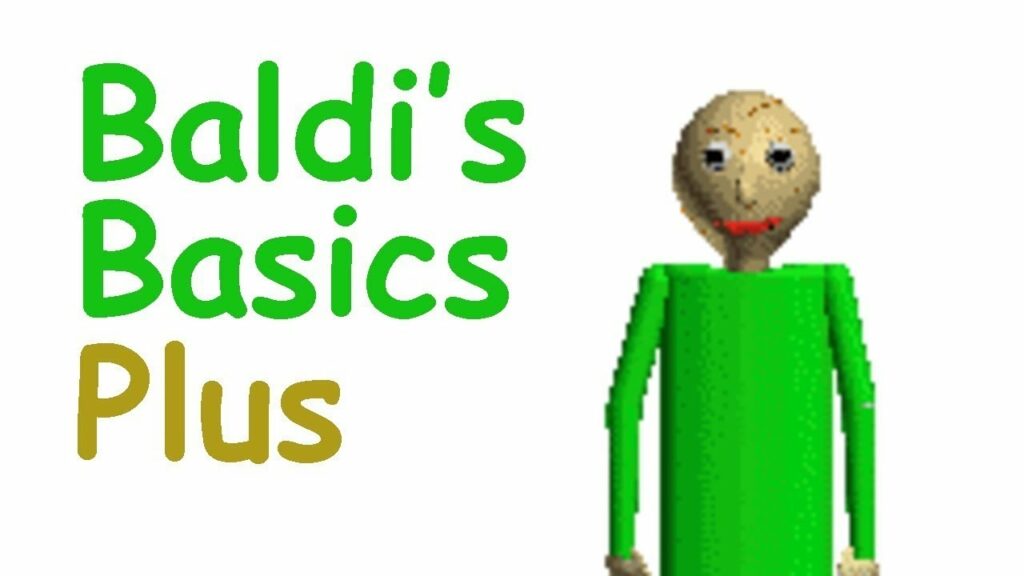 Nevertheless, the surreal comedy thriller presumably slapped together for an annual Game Jam surprised everyone. Some appreciate its unique atmosphere and presentation. Others find the satire of edutainment and survival horror tropes highly amusing.

Regardless of the specific reasons, full Baldi Basics games have already become iconic. After delivering on the promises made in the Kickstarter campaign, the project continues to grow. The creator has been working hard to give the fans what they deserve. Less than 5 years after the original, a full-on remake is already available. But the development of the official expansion, Basics Plus, is still ongoing.

What’s so special about this installment? And when will the full game see the light of day? This article will highlight its distinguishing features and introduce those interested to the series.

Before getting to the meat of the matter, it’s important to provide some context. Baldi Basic Education and Learning was released in 2018. It received acclaim from audiences and critics alike due to its unusual premise. It’s an ingenious deconstruction of the genre and a meta-masterpiece in its own right.

The appeal is difficult to describe without spoiling the experience. But it couldn’t hurt to point out the following noteworthy qualities:

These features created a perfect storm that breaks conventions and subverts expectations at every turn. It’s a one-of-a-kind journey through madness that never stops giving.

What is Baldi Basics Plus?

As the name implies, this title is an extension of its highly-regarded predecessor. The plan was to elaborate and improve upon everything that made the first one great. Evidently, the goal proved to be more time-consuming than expected. Nevertheless, Basically, Games! did not disappoint. It’s already possible to get the long-anticipated Baldy Game on Steam.

Although in early access, it’s fully playable and boasts the following improvements:

The result is both familiar and refreshing. It provides a nearly infinite entertainment value and gives the concept more depth. However, newcomers may want to start with the previous edition or the recent remaster. As for the production timeframe, it’s difficult to tell how long it will take. According to the developer, mystman12, they need another year or two to finish the work.

The educational establishment where the story takes place wouldn’t be the same without its dwellers. They are the ones who form the all-consuming vortex of insanity. The second iteration introduces several previously unseen staff members, contraptions, and entities:

The problem-solving aspect relies heavily on using various tools and intractable objects. Some have been present since the early days, like BSODA, Swinging Lock, and Safety Scissors. They have become so prolific that even the uninitiated recognize them without knowing the backstory.

There is even a spoof Baldi Basics 1990 TV commercial advertising the legendary You-Can-Think-Pad. The later iterations have since added some more handy instruments, namely:

In combination with the standard assortment, these gadgets and devices unlock multiple viable strategies.

Furthermore, the hero can now carry up to 5 simultaneously. Experiment with countless builds and discover numerous effective playstyles. The layout is different in every session. Having all the rooms and ares in Baldi’s Basics unblocked at once is impossible. Those essential to the plot should exist in every escape attempt. But the rest are not nearly as consistent and only appear on occasion.

The Baldi cafe is especially helpful, since it houses snack vending machines. The field trips are optional side-quests accessible by bus from the outdoor area. The controls and rules there are different, but fairly self-explanatory. Not to mention that the teacher explains the objectives thoroughly in advance.

Overview of the Endings

Achieving victory is challenging, but the feeling of accomplishment is worth the effort. Moreover, there is an extra reward in the form of a final sequence. Few people manage to fulfil the requirements and witness it.

The outcomes vary depending on the specific Baldis Basics download. In this case, there are 2 possibilities.

Another way to finish this Baldis game is to complete any challenge. The victor receives a congratulatory text and a thumbs-up from Mr. B himself.

Locating legitimate sources that don’t raise any security concerns is a little counter-intuitive. The prospect of manually unpacking a suspicious-looking archive is a bit worrying. Fortunately, the studio’s website is a good place to start. 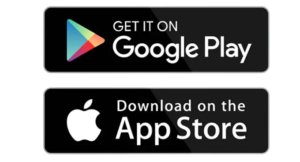 It links to Google’s and Apple’s stores, where smartphone owners should feel right at home. When searching for the most convenient Baldi’s Basics download, PC enthusiasts generally favor Steam. In some situations, conventional installation is not possible.

In that case, consider visiting any aggregation website that hosts a free online rendition. Just keep in mind that the latter doesn’t offer mod menu support. The lack of customizability and minor hiccups aside, Baldis Basics Plus online functions exactly the same.

This information should be enough for the inexperienced to find their footing. There are many other comprehensive walkthroughs and strategy tips on the web. They delve deeper into the lore and trivia, contain advanced tactical advice, and interesting content. However, be mindful of accidentally stumbling upon Baldi x Player fanfiction. While undoubtedly fascinating, it’s often quite graphic and age-restricted.

FAQ about the Baldi’s Basics Plus game

Is Baldi's Basics Plus the full game?

This early access title is a reimagining that expands on the original release. Sometimes referred to as Baldi's Basics 2, it features new locations, characters, and mechanics. It’s recommended to complete the Classic or the Remastered version before checking out this edition. The audience views it as a standalone product and a masterpiece in its own right.

What does 99 mean in Baldi's Basics?

This number seems to hold great significance in the in-game universe. It’s mentioned in numerous contexts, from door numbers to background timers. According to rumors, its true meaning is yet to be revealed in the Plus expansion. It could even unveil some juicy details regarding Baldi Basics 2.

What is the cheat code for Baldi's Basics?

Successfully reaching the exit is very tricky. If after collecting the notebooks, the protagonist gets caught by Baldy, the game ends. Thankfully, both the regular Baldi download and the online game support secret codes.

For example, typing 142857 into a YouCanThinkPad immobilizes the antagonist until the endgame sequence. Entering 9223372036854775807 teleports the player to the teacher’s office. 689254327 significantly lengthens detention time.

How do you solve Baldi's last question?

Completing the first couple of quizzes is super straightforward, since they revolve around elementary math. Normally, the final one should be unsolvable. However, entering 31718 transports the player to a secret location, triggering Baldis Basicas alternate ending.

How many endings are in Baldi's Basics?

There are many possible outcomes, depending on the exact Baldi Basic download used. Altogether, there is a total of 21 end screens. They range from normal congratulatory messages to creepy fourth-wall-breaking conversations and Easter eggs.

The FNF mod and Five nights at Baldi's are fan-made and cannot be considered canon. Nevertheless, they have pretty cool endings of their own and are worth checking out. 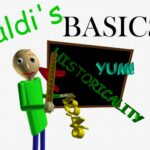